Forgiving others: Is it an option?

I watched the movie Amish Grace the other night, about the Amish school shooting in 2007 that left 5 girls dead and seriously injured several others. The movie centered around the story of one mother’s struggle to forgive the man who murdered her daughter. Her husband, referring to the words of Christ at one point, says that they must forgive this man in order to have their own sins forgiven.

I remember my reaction to this verse when my husband taught through the Sermon on the Mount last year. I remember thinking, surely it can’t mean that. I knew it was saying we had to forgive others, but I knew it couldn’t be giving a prerequisite for salvation. “For it is by grace you have been saved, through faith- and this not from yourselves, it is the gift of God- not by works, so that no one can boast.” (Ephesians 2:8-9) The verses in Mathew troubled me, so I did what I normally do in these situations, I filed them in the back of my mind to bring out and mull over again later. Watching Amish Grace and finishing the 90 Day Bible Challenge this week gave me the shove I needed to pull these verses back out and muse on them once more.

The parable of the unmerciful servant in Mathew 18 has a similar message, so it seemed like a good place to start. Jesus is prompted to share this story after Peter asks Him how many times he should forgive his brother. “Up to seven times?” Peter asks, thinking himself quite generous with his forgiveness. Jesus answers him, “I tell you, not seven times, but seventy times seven.” I don’t think Jesus is saying forgive your brother 490 times, but rather He is saying we must forgive our brother an unlimited number of times. This launches Jesus into His parable about the king who wants to settle accounts with his servants. He calls in a servant who owes him 10,000 talents and orders that the man and his family be sold into slavery in order to pay the debt. At this point the servant throws himself on the mercy of the king and begs him to “be patient” with him and give him a chance to pay back the debt. The king, his master, takes pity on the servant and cancels his debt and lets him go.

We all know what comes next. The servant who has just had his huge debt wiped out by the merciful king goes to one of his fellow servants who owes him 100 denarii ( just a few dollars in comparison to the millions he owed the king), and demands that his fellow servant pay him. The fellow servant does the same thing the servant had done to the king. He falls to his knees and begs the servant to be patient with him and give him a chance to pay back the debt. The servant who has had his debt canceled by the merciful king refuses to forgive the debt of his fellow servant, even though it is a much smaller debt than the one forgiven him. The master hears of this and calls in the unmerciful servant and points out his hypocrisy and wickedness. “I canceled all that debt of yours because you begged me to. Shouldn’t you have had mercy on your fellow servant just as I had mercy on you?” (v. 32-22) The king then turns the unmerciful sinner over to the jailers to be tortured until he pays back all he owes. Jesus summarizes the point of the parable by saying, “This is how my heavenly Father will treat each of you unless you forgive your brother from your heart.” (v. 35)

So it seems indeed that those who forgive others will be forgiven. I believe Jesus explains how this works when He speaks to His disciples about the Holy Spirit that He will send them to be their Helper after He returns to heaven.

And I love this verse in Philippians: “Therefore, my dear friends, as you have always obeyed- not only in my presence, but now much more in my absence- continue to work out your salvation with fear and trembling, for it is God who works in you to will and to act according to His good purpose.” (Philippians 2:12-13, emphasis mine)

And finally, one of my personal favorites: “What good is it, my brothers, if a man claims to have faith, but has no deeds? Can such faith save him?... Faith by itself, if it is not accompanied by action, is dead… As the body without the spirit is dead, so faith without deeds is dead.” (James 2:14, 17, 26)

So, back to our mandate to forgive others. I think it means what it says and says what it means with this qualification: it is God who is at work in us that enables us to forgive others. Could I forgive someone who killed my daughter? No. Could God? Yes. Therefore, if I am a believer and have the Spirit of God in me, then I can do what God would do and forgive. ("I can do all things through Christ who strengthens me." Philippians 3:13) The ability to forgive then is just another test of obedience and obedience in turn is a sign of belonging to God.

“We know we have come to know Him if we obey His commands. The man who says, ‘I know Him,’ but does not do what He commands is a liar, and the truth is not in Him. But if anyone obeys His word, God’s love is truly made complete in Him. This is how we know we are in Him: Whoever claims to live in Him must walk as Jesus did.” (1 John 2:3-6) And what example did Christ set for forgiving others? When He hung on the cross for our transgressions He asked God to forgive those who had Him crucified. “Father, forgive them, for they do not know what they are doing.” (Luke 23:32)

“Therefore, as God’s chosen people, holy and dearly loved, clothe yourselves with compassion, kindness, humility, gentleness, and patience. Bear with each other and forgive whatever grievances you may have against one another. Forgive as the Lord forgave you.” (Colossians 3:12-13)

I appreciated that the husband in Amish Grace explained to his wife that forgiving their daughter’s murderer was not the same as forgetting the atrocity or saying that what he did was ok. He assured his wife that their daughter’s murderer would not go unpunished. He would stand before God who judges all men. All sin is ultimately against God, so it is fitting that He avenges Himself for it.

Most of us are not ever tested to the degree those Amish families were. Most of us have small grievances by comparison that we must forgive. However, we’d do well to remember that even when we don’t feel like forgiving, and even when we aren’t ready to forgive, it’s really not an option for those who are in Christ.
Posted by Celee at 3:48 PM

Celee
I'm an on-the-run mom to 6 kids who studied and taught exercise science in a previous life. I love all things running, nutrition, and health-related. I usually run at zero dark thirty in the morning and am often quite hungry before, during, and after my run, but I live a rich, full, blessed life with my children, family, and friends. My faith in God is my anchor, and looking to Him and His promises allows me to live fully even when life circumstances are difficult. While running gives me an appetite, my desire is to hunger and thirst for righteousness more than for physical food.

Thanks for stopping by!

I'm a mom to six brilliant, adorable, and hilarious kids. Their dad and I are recently divorced and I have entered a new era of single parenthood. I'm still the same person, with many of the same interests, though I'm no longer homeschooling my kids. I've been doing a lot of running over the last year, culminating in two recent ultra-marathon trail runs, and have registered for my first Ironman triathlon which will be in Boulder, CO August 3, 2014. I still love to read and can be found experimenting in my kitchen on most days. My kids keep me humble and they keep me laughing! I am blessed.

Working on my 6th time through! 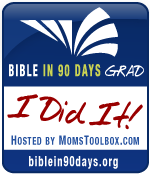 Selected posts on some of my favorite topics

On Suffering
*God is faithful to keep His promises... but it may not be in this life.
*God meant it for good... and He still does.

On Christian Parenting
*A woman's place of influence is in the home.
*Making our kids best friends

On Adoption
*Adoption, it's personal.
*The theology of adoption

These sweet friends made my day!!! 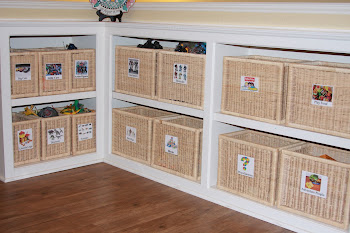 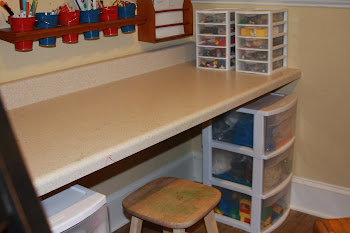 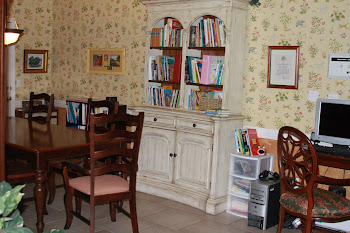 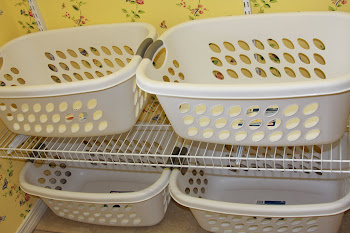 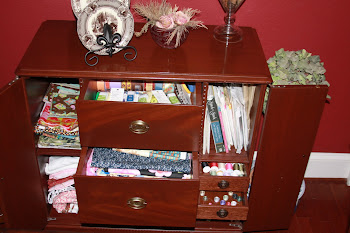